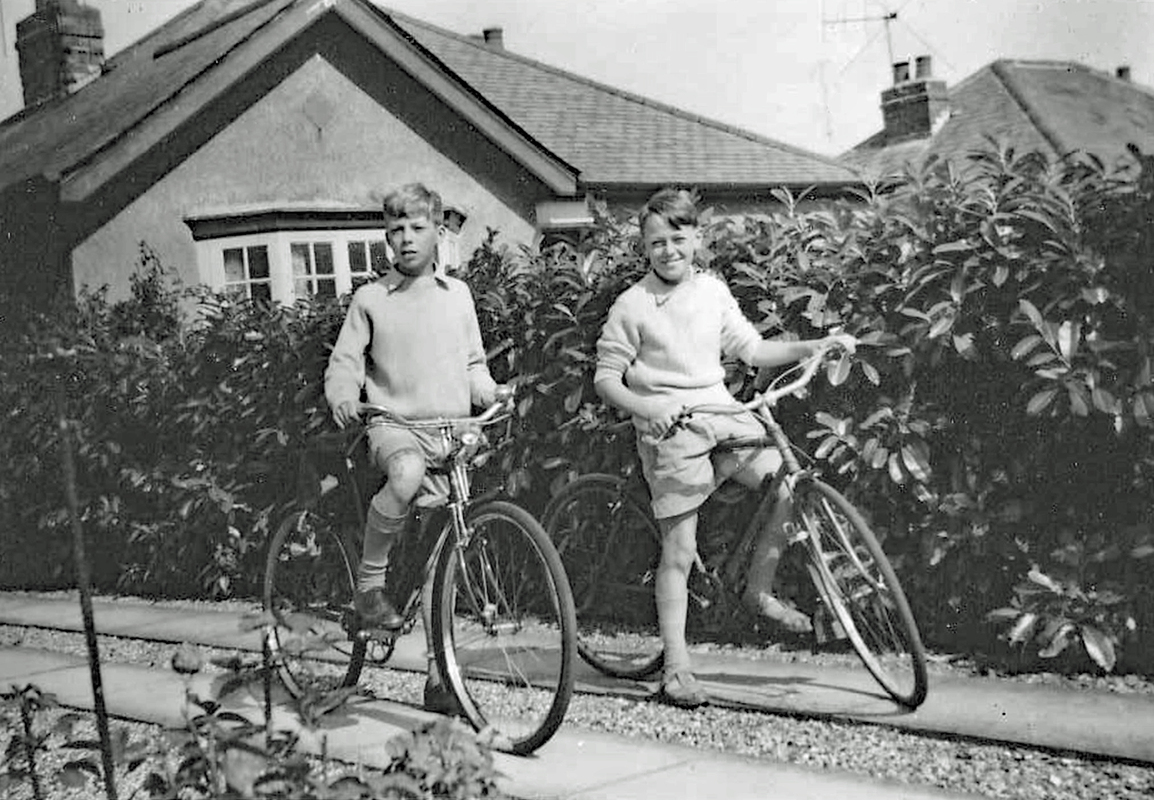 I FIRST MET Michael at Allesley C. of E. junior school, where we were taught by a Mrs Sammons, who was very musically motivated, and played us recordings of Grieg and Prokofief , played Handel on the piano, and taught us British folk songs. It was her that inspired me to play the piano, and I later went to Michael's teacher, Mrs Ball, over the road from school.

One day she came in with a cutting from the Evening Telegraph, containing an advert for boys of 9 years old, who were interested in being founder members of a new Cathedral choir. Michael and I both volunteered, and ended up passing the entrance audition and exam, and joining up.

From then on, we became best friends. We would play on his piano, which I believe still exists in Australia, and play in the fields near Allesley and Brownshill Green, often  reenacting  the William Brown stories we used to read. In 1962, I went with his family to Treyarnon Bay, in Cornwall, setting off at 1 a.m., to arrive on time! (It was the year that “I Remember You” by Frank Ifield topped the charts, and we sang it all the time on that holiday.

As time went on, he became more and more interested in football, and I in Rhythm 'n' Blues and other “beat” type music. Then one Saturday, at Highfield Rd Stadium, came the announcement that he and his family were emigrating to Australia, (they were the last of the £10 Poms”)  so we said “goodbye” and lost touch for about 47 years or so.

Then in 2012, the year of the 50 years' commemoration of the Consecration, (which, unfortunately I couldn't attend,)  he turned up in Keynsham, near Bristol, where I live. We drove to the village near here where he lived before moving to Coventry, and he came to our house for the evening. My wife, Sami, and my son Nick, immediately took to him, and were captivated by his infectious sense of humour.

One year later, he turned up again, this time in Bath, with his wife, Susanna, revisiting her childhood haunts. They treated us to a lovely meal with them at their hotel, and Sami and Susanna got on really well. She later sent her a copy of her book about her childhood.

Michael will always be one of my best friends of all time. and I'll always remember his cheerful, witty sense of humour, and musicality, let alone his linguistic skills!