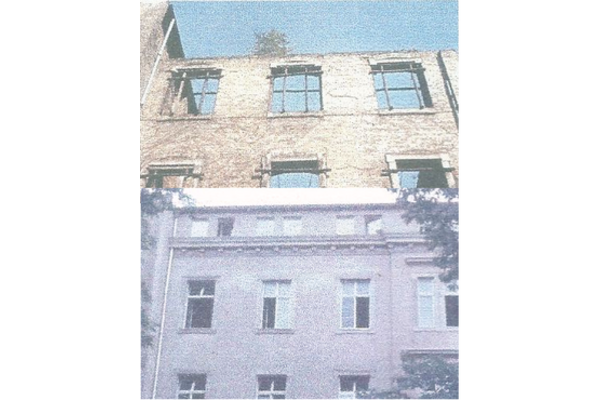 “Unassailably Christian”   These words were used by Provost Williams to describe the sending out in 1965 of a team of young people from the Sunday morning service in Coventry Cathedral to help rebuild the war damaged Church Hospital in Dresden. It was a strange and unique link with East Germany forged during the height of the Cold War, quite contrary to that country’s previous policy of isolation.

The blanket bombing of Dresden on Shrove Tuesday 1945 is well documented today, but for almost 20 years after World War II the secret Parliamentary sessions that debated it remained unreported. From the time of his appointment in 1958 Provost Williams had responded to invitations to speak to audiences across the world about the Cathedral’s ministry of reconciliation. It was during Q&A following a talk in Berlin that a young German asked him, “What about Dresden?”

On his return home Provost Williams searched out the story of 1945. He and his ministry team spoke about Reconciliation wherever they went, but now he saw the opportunity to do something about it. It took some months for him to obtain an East German visa, but with the help of the youth wing of the German Lutheran Church that had set up Aktion Suhnezeichen his visa was issued and he was able to walk through the bombed streets of Dresden. He knocked on the door of the Deaconesses’ Hospital that was still mostly in ruins, and offered to help the rebuilding.

“The project highlighted by this great and significant event today is the most unassailably Christian enterprise we have ever undertaken in this Cathedral.”
(Provost Williams)

During the Sunday morning communion service on the 14th March 1965 each of the 29 volunteers affirmed belief in their calling to a ministry of reconciliation in Dresden and were commissioned by the Provost.

That day had been preceded by a national appeal for funds. Rabbi Lionel Blue led a Sunday morning BBC Radio appeal for funds. There was an exhibition of paintings by Bishop Cuthbert Bardsley. Fundraising concerts were performed by Yehudi Menuhin and the London Bach Group. The project appealed particularly to young people looking towards a better future, and student groups from all over the UK sent contributions. Donations were sent by many people who had known Dresden as a place of beauty and music before the war.

Members of the Friends are invited to share in the experience of the volunteers at Coventry/Dresden - Bridging The Miles – in Holy Trinity Church Centre at the Old Blue Coat School, Priory Row, Coventry at 7 pm on Monday 15th November 2021. Numbers are limited.  The event is part of a Coventry / Dresden Arts Festival that is taking place that week. The organisers have put together a website showing various events and it can be reached on - www.coventrydresdenfriendshipfestival.co.uk. It is quite clear that whoever wrote the entry about our event had no idea what it is! The City of Culture has added the event to its diary so, Friends, please book your free places online using the following link - https://coventry2021.co.uk/7096. This is designed to keep a check on the numbers which are limited to 50.